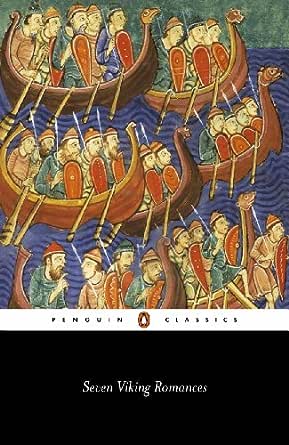 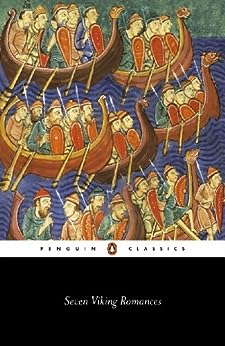 Christopher R. Travers
5.0 颗星，最多 5 颗星 Anthology of Short but Classic and Important Sagas
2008年10月20日 - 已在美国亚马逊上发表
已确认购买
This anthology includes various heroic sagas from the Icelandic Middle Ages, written at a time when Icelandic work was more open to European influences. Hence the translators prefer to call these "Romances" referring to the European influences than "Sagas."

At the same time, there are a great many important tales here. Gautrek's Saga, for example, is included here. On the basis of comparisons between the deaths of Vikar in this saga and Baldr in Snorri's Edda, de Vries drew important conclusions about the nature of initiation rites among the Norse.

The one thing I think the translator could have done to make this better would have been to add footnotes explaining some of the elements of the translation (particularly the names). Some of the humor of the writers fo the sagas has thus been lost in translation. For example, in Arrow-Odd, it is helpful to know that 'Odd' means 'point' and thus there is a pun on his nickname that is not evident from the translation.

Having said this, these are all quite enjoyable to read and important for serious Norse studies. Highly recommended.

Joey
4.0 颗星，最多 5 颗星 Some treasure for lovers of Norse myth and legend
2013年6月10日 - 已在美国亚马逊上发表
已确认购买
A collection of great adventure stories. The sagas have different types. Some deal with family histories and feuds in Iceland ( Njal's Saga ). Others are more mythological ( Volsung Saga ). These stories are closer to the latter. Heroes enter enchanted lands where they fight Giants, meet with dwarves and trolls, even get harassed by giant birds! They reminded me of Sinbad stories, but with a northern spin: dark, violent and grim. For those who have read the Eddas and are hungry for more, try these stories. They deal more with humans than gods, but the gods do make some interesting appearances.
阅读更多
3 个人发现此评论有用

Cristal
4.0 颗星，最多 5 颗星 Different cover
2018年11月28日 - 已在美国亚马逊上发表
已确认购买
The book I got has a different cover than what is advertised which I do not appreciate. Content is the same though.
阅读更多

Kindle Customer
5.0 颗星，最多 5 颗星 WONDERFUL!!
2000年9月4日 - 已在美国亚马逊上发表
已确认购买
It seems to me that the stories in this book are parodies of the more serious sagas that were in circulation in the twelfth century. At any rate, they are funny, sometimes outrageous, chauvinistic, and give an excellent picture into Viking life. The writers of these tales were very witty people indeed. I loved reading 'em! Definitely buy this one! Ten thumbs up!
阅读更多
12 个人发现此评论有用
加入亚马逊Prime，从此免运费
亚马逊Prime会员可享海外购美/英/日/德跨境免邮，全年无限次！更有免费无限次阅读电子书服务
> 立即加入
了解我们
合作信息
帮助中心和购物指南