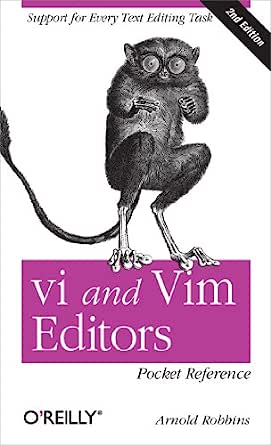 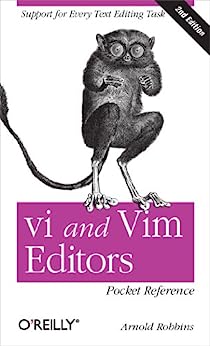 Arnold Robbins is a professional programmer and technical author who has worked with Unix systems since 1980 and has been using AWK since 1987. As a member of the POSIX 1003.2 balloting group, he helped shape the POSIX standard for AWK. Arnold is currently the maintainer of gawk and its documentation. He is coauthor of the sixth edition of O'Reilly's Learning the vi Editor.

Kevin
2.0 颗星，最多 5 颗星 Almost Non-Existent Index
2011年12月2日 - 已在美国亚马逊上发表
已确认购买
I am quite familiar with vi and somewhat familiar with vim's extensions so I'm extremely frustrated by this book's lack of a functional Index. I specifically logged on to rag on the total lack of a useable Index only to find that the only other review at the time (by Purple Prussian) voices the exact same frustration. I won't say that there isn't some useful info in the book, but finding it is the problem. A reference has to be reference-able, and I find that, like this book, many of the O'Reilly Pocket References suffer from this problem having useful info that cannot be referenced. Get your act together O'Reilly editors and stop publishing pocket references without comprehensive indices.
阅读更多
29 个人发现此评论有用

Michael H.
5.0 颗星，最多 5 颗星 Great pocket reference
2018年11月11日 - 已在美国亚马逊上发表
已确认购买
Perfect for the back pocket for all of you IT professionals stuck inside the server room without access to the net.
阅读更多

Amazon Customer
5.0 颗星，最多 5 颗星 A very useful and convenient Pocket Reference
2018年11月30日 - 已在美国亚马逊上发表
已确认购买
I have been using vi for a couple of decades now. For most of that time I had been using my original late 90's book on vi and ex. This is a big step up and better organized. I will encourage our interns next summer to get this book!
阅读更多

Mike B.
3.0 颗星，最多 5 颗星 Don't regret getting, but probably wouldn't recommend it either.
2015年4月26日 - 已在美国亚马逊上发表
已确认购买
Has useful information on command line options, and some editing commands, but doesn't appear to be complete even for everyday operations such as moving the cursor around. I've learned some things I can use, but I've had to use other sources for things like copy/paste of a block of text. Seems to be more concerned with differences between variants than in telling you what you want to know to use vi or vim...especially if you are new to them. The variants thing makes it harder to find what you are looking for too...the vi commands are in one section, and the vim ones are in another...it would be more useful to have them organized by function, with tags saying which editors support each of them so you don't have to know which editor they appeared in to find them.
阅读更多
6 个人发现此评论有用