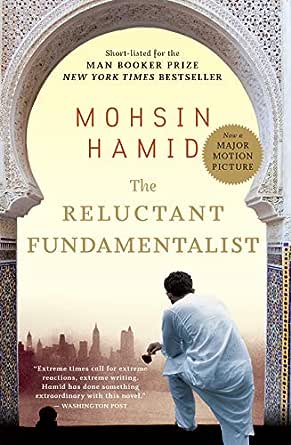 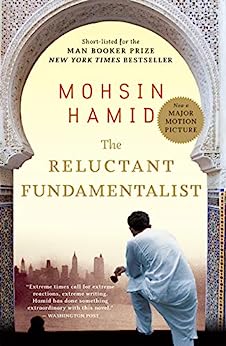 A profoundly contemporary story about civil wars, unstable countries and refugees pouring to the cities of the West... beautifully written, with the ghost of Camus hovering at the edge of the frame * New Statesman * --此文字指 paperback 版本。

Mohsin Hamid grew up in Lahore, attended Princeton University and Harvard Law School and worked for several years as a management consultant in New York. His first novel, Moth Smoke, was published in ten languages, won a Betty Trask award, was a finalist for the PEN/Hemingway award, and was a New York Times Notable Book of the Year. Mohsin Hamid currently lives, works and writes in London. --此文字指 paperback 版本。

From the Back Cover

SHORT-LISTED FOR THE MAN BOOKER PRIZE

At a café table in Lahore, a bearded Pakistani man converses with an uneasy American stranger. As dusk deepens to night, he begins the tale that has brought them to this fateful encounter…

Changez is living an immigrant’s dream of America. At the top of his class at Princeton, he is snapped up by the elite valuation firm of Underwood Samson. He thrives on the energy of New York, and his budding romance with elegant, beautiful Erica promises entry into Manhattan society at the same exalted level once occupied by his own family back in Lahore.

But in the wake of September 11, Changez finds his position in his adopted city suddenly overturned and his relationship with Erica eclipsed by the reawakened ghosts of her past.  And Changez’s own identity is in seismic shift as well, unearthing allegiances more fundamental than money, power, and maybe even love.

The Reluctant Fundamentalist is a riveting, brilliantly unsettling exploration of the shadowy, unexpected connections between the political and the personal.

MOHSIN HAMID grew up in Lahore, Pakistan, and attended Princeton and Harvard. His first novel, Moth Smoke, was a Betty Trask Award winner, a PEN/Hemingway Award finalist, and a New York Times Notable Book of the Year. His writing has also appeared in Time, the New York Times, and other publications. He lives in London.

Discussion guide inside and at www.HarcourtBooks.com.

“Hamid’s style is delightfully distinct . . . [He] has done something extraordinary.”—The Washington Post

橙子
5.0 颗星，最多 5 颗星 calling for nonviolence
2016年4月30日
已确认购买
the very first english novel i can really get into
Either in work or relationship, he has faced thegreat problem of self-identity especially when horrible 911 broke out. In endless wars, each side must have suffered a lot. For me, unreasonable violence should always be banned for whatever reason. A truly strong nation is supposed to protect itself and its people from the ntervention of other countries,which also means that we need mutual understanding and respect beyond varous types of discrimmination worldwide.