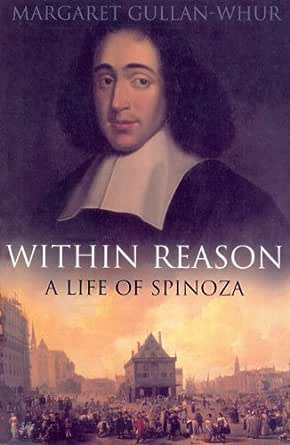 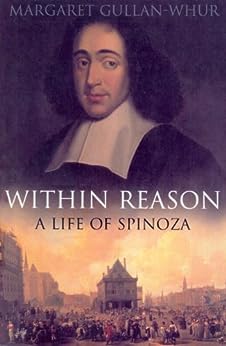 Within Reason: A Life of Spinoza (English Edition) Kindle电子书

Paul J. Rask
2.0 颗星，最多 5 颗星 Spinoza -- Withdrawn From the World
2003年6月6日 - 已在美国亚马逊上发表
This must have been a very difficult book to write. It is obvious that the author put considerable effort into researching historical facts, but quite honestly, the writing was not worthy of what must have been a pains-taking research endeavor. When put to paper, the book contained far too many speculative conclusions about Spinoza's life. It was a chore to get through.
From this effort, one does not get a very good picture of Baruch Spinoza because, if the author is correct, there is little written about his life. So her emphasis was the history of the era during which Spinoza lived. Her research showed much industry and painted a reasonably good picture of those times. But when she could not report how Spinoza actually coped with his era, she filled page after page with conjectures so as to make one weary of reading countless "possibles", "may haves", "could haves", "might haves".
That Spinoza was from a moderately well-to-do Jewish family which had taken refuge in Holland from Portugal is well described by Ms. Gullan-Whur. Just as were the times well described by her. And yes, from the text, one could discern Spinoza's reticent personality and his frequent impolite ways in dealing with those who disagreed with him. As depicted here, Spinoza was more pitiable than admirable.
He was a lens maker in addition to being a "philospher". He had no wife, no children, lived a sad and solitary life in single rooms as a temporary boarder in other people's homes. He was small, remote and obsessed with "thinking" and writing about what he thought.
How can a man like that, so withdrawn from the world write about the world? What can he tell people, those who face life directly, about a life which he never faced and from which he hid in a solitary, lonely room surrounded by quills and paper?
Ms. Gullan-Whur's makes it plain that she disagrees with other interpretations of what Spinoza has written. But why do writers feel compelled to interpret what this or any philosopher has written? Has not Spinoza -- or any philosopher, for that matter -- clearly expressed his thinking so as to make interpretation unnecessary?
If the philosopher cannot write clearly, then he cannot think clearly and there is certainly enough evidence in this book that Spinoza's crimped life was reflected in his crimped thinking.