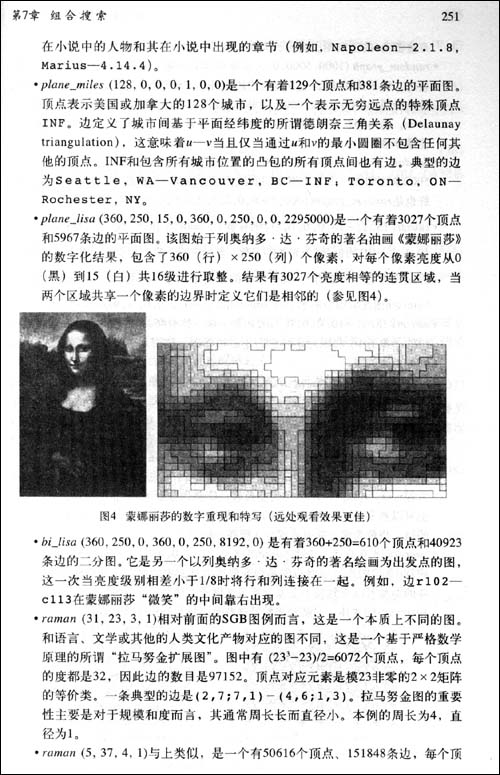 Aren't we missing the point if we merely shuffle such questions off to machines, to be solved by brute force instead of by rational thought? George Brewster, writing to Martin Gardner in 1963, expressed a widely held view as follows: “Feeding a recreational puzzle into a computer is no more than a step above dynamiting a trout stream. Succumbing to instant recreation.”
Yes, but that view misses another important point: Simple puzzles often have generalizations that go beyond human ability and arouse our curiosity. The study of those generalizations often suggests instructive methods that apply to numerous other problems and have surprising consequences. Indeed, many of the key techniques that we shall study were born when people were trying to solve various puzzles. While writing this chapter, the author couldn't help relishing the fact that puzzles are now more fun than ever, as computers get faster and faster, because we keep getting more powerful dynamite to play with. Further comments appear in the author's essay, “Can toy problems be useful?”, originally written in 1976; see Selected Papers on Computer Science (1996), 169-183.
Puzzles do have the danger that they can be too elegant. Good puzzles tend to be mathematically clean and well-structured, but we also need to learn how to deal systematically with the messy, chaotic, organic stuff that surrounds us every day. Indeed, some computational techniques are important chief
y because they provide powerful ways to cope with such complexities. That is why, for example, the arcane rules of library-card alphabetization were presented at the beginning of Chapter 5, and an actual elevator system was discussed at length to illustrate simulation techniques in Section 2.2.5.
A collection of programs and data called the Stanford Graph Base (SGB) has been prepared so that experiments with combinatorial algorithms can readily be performed on a variety of real-world examples. SGB includes, for example, data about American highways, and an input-output model of the U.S. economy; it records the casts of characters in Homer's Iliad, Tolstoy's Anna Karenina, and several other novels; it encapsulates the structure of Roget's Thesaurus of 1879; it documents hundreds of college football scores; it specifies the gray-value pixels of Leonaxdo da Vinci's Gioconda (Mona Lisa). And perhaps most importantly, SGB contains a collection of five-letter words, which we shall discuss next. The five-letter words of English. Many of the examples in this chapter will be based on the following list of five-letter words: aargh, abaca, abaci, aback, abaft, abase, abash……zooms, zowie. (8)
(There are 5757 words altogether——too many to display here; but those that are missing can readily be imagined.) It's a personal list, collected by the author between 1972 and 1992, beginning when he realized that such words would make ideal data for testing many kinds of combinatorial algorithms.
阅读更多