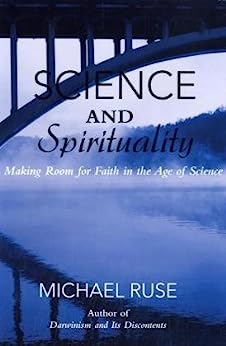 英语版本 Michael Ruse (作者) 格式: Kindle电子书
|
分享
分享 <分享样章>
广告
显示所有 格式和版本 隐藏其他格式和版本
Michael Ruse offers a new analysis of the often troubled relationship between science and religion. Arguing against both extremes - in one corner, the New Atheists; in the other, the Creationists and their offspring the Intelligent Designers - he asserts that science is the highest source of human inquiry. Yet, by its very nature and its deep reliance on metaphor, science restricts itself and is unable to answer basic, significant questions about the meaning of the universe and humankind's place within it: why is there something rather than nothing? What is the meaning of it all? Ruse shows that one can legitimately be a skeptic about these questions, and yet why it is open for a Christian, or member of any faith, to offer answers. Scientists, he concludes, should be proud of their achievements but modest about their scope. Christians should be confident of their mission but respectful of the successes of science.
阅读更多
›  查看更多商品促销信息

Brian J. Hendricks
4.0 颗星，最多 5 颗星 (4.5 Stars) Quite Good!
2012年9月4日 - 已在美国亚马逊上发表
已确认购买
This is really an exceptional and necessary book considering all that has been recently said in regard to the issue of faith and science. Up until reading this book by Dr. Michael Ruse, this area of discussion felt like it revolved around the main question of, "Which side are you on, are you a Christian or an Atheist?" Most of the popular books that have been published recently seemingly fit into this mold. Most authors writing books like these attempt to refute whatever point of view that you possess and try to "win" you to their side with arguments for Christianity that have been around since the mid 300's CE. The same is true for those writers that consider themselves as members of the "scientific" and Atheist camp. Their arguments are more recent. But the objective is still the same; to win you to their mode of thought.

The problem with each of these approaches is that both sides cherry pick arguments from philosophy and proofs from science to refute either view. In reality, this does a disservice to both sides of the discussion. What we end up with is an us vs. them mentality and a watering down of two rich and very important disciplines. Luckily, we have Dr. Ruse and this fantastic text in which he tries to show a way forward. As it turns out, both sides have been getting this wrong!

Ruse does a fantastic job of first answering the questions of science and showing the different forms of understanding that people who employ and believe in the theory of evolution approach this scientific task. It is during this phase of the book that one comes to the conclusion rather quickly (with the assistance of Ruse's clear and well thought out prose) that yes, evolution is accepted by anyone doing serious science. But the thing his reader learns is that there is a varied understanding of what evolution means when we get past the understanding that this is a scientific fact. In other words not all people view evolution as brute and blind. Some are Aristotelian, others Platonic, and still others deterministic.

To rush ahead, the book's final chapters focus on the methodology that Ruse has put forward as far as what science does explain and can speak about and what it cannot and may still speak about, but perhaps should not?

This is by far the most interesting part of the book because Ruse shows his readers regardless of where they find themselves in answering this question of living in a particular worldview just how the two can and do actually coexist with each other. Some may not like that he deems evolution a fact and others may not like that he leaves some gray area in which theology and church doctrine answer the major questions of faith but also life for those people that may not be believers but still feel there is something more.

To conclude, this is a fantastic read that helps its reader to learn on two levels. We are guided through the history of thought in regard to the natural world and are also shown the way to embracing and accepting matters of faith in a world that Ruse explains will continue to progress scientifically. The beauty of the book is that Ruse shows everyone that we can progress and embrace both sides. It will require thought and patience, but there is still a way forward nonetheless.