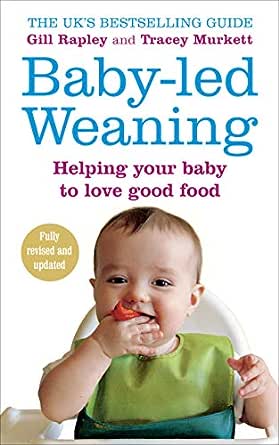 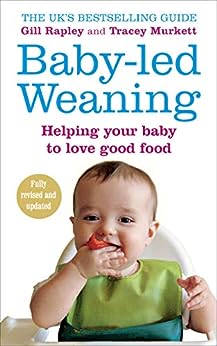 Review
5.0 颗星，最多 5 颗星 Still my go-to on Baby #3!
2016年1月22日 - 已在美国亚马逊上发表
已确认购买
Love this book. Free yourself from expensive goops! Yes, your baby will be a mess every time they eat. But they get to learn about food--taste, texture, color, and the shape God made them in!--as they eat it for the first time, not to mention developing fine motor control with serious motivation! They don't choke, don't worry. And don't try it around nervous grandparents until you're comfortable (and baby has gotten reliably beyond the gag reflex at first!); mine still get panicky when I hand the poor kid a banana. Sometimes you need to bulk up baby and baby mush is necessary to get as much food in the belly as possible -- that's totally legit. But if you don't have any particular needs like that, this can be seriously freeing for you and for babe.
阅读更多
2 个人发现此评论有用

Lauren
4.0 颗星，最多 5 颗星 Stop searching amazon for baby feeding books, go get your credit card, buy this one now and relax!
2010年11月27日 - 已在美国亚马逊上发表
已确认购买
We started our son on this from when he was a little over 6 months and though the concept is simple it is the best parenting adivce ever! It is the healthiest, easiest and most natural way to feed your baby! Our son started out eating very very little which lasted until he was about ten months old but we stuck with it and he was able to feed himself while we ate along side him. I felt much better about giving him real healthy food rather than processed baby food and I loved the idea of him regulating what to eat, when to eat and how much to eat. He is now almost two and feeds himself very neatly which I think is because he was never spoon-fed. He eats very healthy although is picky about certain vegetables and defintiely prefers grains and fruits over certain vegetables which I think is natural although some reviews seemed to think that this method eliminated the whole picky eater thing. The only thing to note is that this book is about the overall concept and is not very detailed, this was all I really needed although I was concerned about choking so just to be cautious I steamed things for a while and made sure not to feed him things that were hard. He did gag a lot at the beginning but worked things out himself and this went away with practice and also after I started to make sure things were softer. At the beginning I gave him carrots to chew on, etc. going with the idea that he would only eat what he could handle and though I still think that this may be true I was just too nervous! We also noticed that he has really never put things in his mouth that he can't eat. Pennies, stones, etc. he has never really been one of those kids that puts everything in his mouth which could be because he has always had control over what goes in his mouth. Anyway long review but buy this book, stick with it and you will love it 100% even if everyone you tell thinks you are nuts.
阅读更多
5 个人发现此评论有用

laspgh
5.0 颗星，最多 5 颗星 So glad I tried this approach!
2010年1月14日 - 已在美国亚马逊上发表
已确认购买
We started BLW about a month ago and I'm so glad I tried it. Purees and "babyfood" is such a part of what I considered conventional wisdom about parenting that I was hesitant, even after reading this book. However, what the book was saying made a lot of sense, so I took a leap of faith and decided to give it a try before attempting spoon feeding...a few weeks later we decided that spoon feeding would not be necessary. My son is loving exploring foods and is developing a healthy appetite - so far he loves broccoli, tomatoes, avocado and squash. It's also nice that I can adapt any meal we're having so that he eats what we're eating - it makes planning his meals much easier. I recommend this book - read it and then give it a try! You will be shocked by how much your baby innately knows about food. But be patient, for the first week or two your baby may not actually swallow anyfood - but he will eventually.
阅读更多
5 个人发现此评论有用