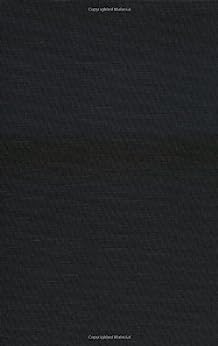 英语版本 Thom Holmes (作者) 格式: Kindle电子书
|
分享
分享
广告
显示所有 格式和版本 隐藏其他格式和版本
Electronic and Experimental Music is a second edition of a well-known text on the history of electronic music. Holmes' original book, first published in 1985, was a beginner's introduction both to the theories of sound and sound production and to the history of some of the earliest experiments in instrument building and composition. In this new edition, the author thoroughly updates and enlarges the theoretical and historical sections. He also presents new material on using home computers and the many software and Internet resources available.
阅读更多
Previous page
Next page
›  查看更多商品促销信息

Thom Holmes is a composer and performer of electronic music, as well as a software designer and consultant. He was the long-time publisher of the magazine Recordings of Electronic Music . --此文字指其他 kindle_edition 版本。

Eye Flies
5.0 颗星，最多 5 颗星 Fantastic, but, where is Bowie?
2007年10月21日 - 已在美国亚马逊上发表
This is a fantastic book about the origins and development of electronic music, covering both artists and engineers. The author begins with a brief survey of late-19th/early-20th century modernist and avant-garde European and American composers. He then follows the long lineage of artists, engineers, and tinkerers who, over the course of a century, contributed to the development and artistic use of such technologies as the telephone, the phonograph, the tape recorder, and the synthesizer - to name just a few. The book is well written, well researched, and informative. That being said, this book is essentially a history of elite, institutional music, meaning that it focuses on university professors, classically-trained rebels (Cage, Stockhausen, Carlos, etc.), engineers (Bob Moog, etc.), mathematicians, and large entertainment corporations (RCA, MGM, Warner Bros., etc.). Those individuals looking for information on so-called rock pioneers such as Kraftwerk, Bowie, Devo, and the many, many others will be disappointed. This is the one shortcoming of the book: it fails to acknowledge the fact that by the 1960s electronic and experimental music was embraced and advanced by the rock community. How could you leave out Kraftwerk or Bowie? The author makes no significant mention of Krautrock, Disco, New Wave, Synthpop, Hip Hop, or the various types of electronic dance music - much less Throbbing Gristle/Psychic TV, Coil, NIN, KMFDM, et al! In addition, the author does not even mention technologies such as Pro Tools, Reason, Logic, Live, etc. - all of which have their roots in the productions of "rock" oriented music. Nevertheless, the book is useful and informative, and despite these limitations, it stands highly recommended.
阅读更多
11 个人发现此评论有用

Jeffrey McFerson
5.0 颗星，最多 5 颗星 this book is great
2005年8月4日 - 已在美国亚马逊上发表
this book is an incredible study of electronic music. holmes discusses the history of electronic instruments, from the beginning, including the pre-theramin era, and finishing with some information regarding current electronic and experimental music.

although some sections of this book are a little dry, i feel the author did an acceptable job of conveying the excitement and freshness of the early electronic era. the section which discusses the creation of the soundtrack for the movie "forbidden planet" is just excellent. in fact, i purchased the movie (from amazon), so that i could hear the "strange" electronic tones which constitute the soundtrack.

being primarily interested in analog synthesizers, this book opened my eyes to an entirely new world of unpitched music experiments and compositions. in fact, a section is included on stockhausen, who was a heavy inspiration for the german band kraftwerk.

yes, i recommend this book, as a great amount of information is contained therein. in addition to mere data, this book really got me thinking about electronics and electronic music; specifically, the impact of analog synthesis on modern musical society.

ocean going cod
4.0 颗星，最多 5 颗星 Broad approach
2005年9月30日 - 已在美国亚马逊上发表
This book covers a large scope of musicians and technicians who were involved in electronic and electric music from the early 1900's to the present day. It is written in a fairly comprihensive style and centres upon the impacts that technology has had upon c20 music. A facinating read. Highly recommended for broad insights into the intentions of most electronic composers. I was rather happy to see a brief section on DJ Olive actually - this shows that Homles does not merely wish to stick to mentioning composers that the masses often only know by name. Splendid stuff. Couldn't find much wrong with it really. Take a preview of the contents page for yourself for a general idea.
阅读更多
5 个人发现此评论有用