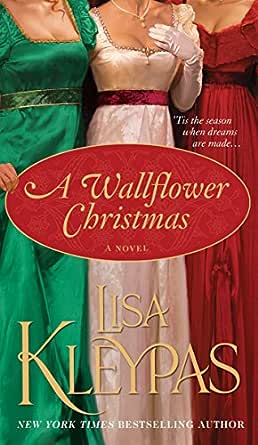 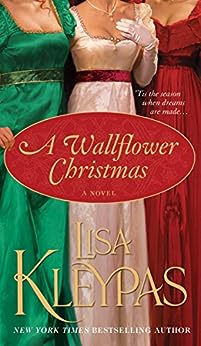 “Enchanting romance...Lisa Kleypas has created a cast of characters that could keep readers enthralled for years.” ―Chicago Tribune on Tempt Me at Twilight

“Brimming with superbly nuanced characters, simmering sexual chemistry, and wicked wit, the latest in Kleypas' Victorian-set Hathaway series is a thoroughly romantic literary treat.” ―Booklist on Tempt Me at Twilight

“From the first page to the last of her latest Hathaway novel, Kleypas delivers a witty, charming (wait until you meet the animals!), vibrant, sensual love story that takes your breath away. Her unique storytelling shines as she creates situations that elicit powerful emotions. Best of all, just when you think you know what's going to happen, she surprises you in this deep-sigh story.” ―Romantic Times BOOKreviews on Tempt Me at Twilight

“A delectable story with a hero and heroine to savor. It's a fine addition to the Hathaway family series.” ―The Romance Reader on Tempt Me at Twilight

“An absolute delight.” ―Night Owl Romance on Tempt Me at Twilight

“Has plenty to keep readers turning the pages: Wit, suspense, secrets to learn and, of course, lots of love and passion…” ―The Monitor on Seduce Me at Sunrise

“Each member of the family is a delight to meet, and the depths of emotions and love they have for each other is shown magnificently...a spectacular story that continues the saga of the Hathaway family.” ―Romance Reviews on Seduce Me at Sunrise

“Lushly sexy and thoroughly romantic…superbly crafted characters and an intriguing plot blend together brilliantly in this splendid romance.” ―Booklist on Seduce Me at Sunrise

“Vintage Kleypas…An unforgettable story peopled with remarkable characters and a depth of emotion that will leave you breathless with the wonderment of knowing what falling in love is really like.” ―Romantic Times BOOKreviews on Mine Till Midnight

“Kleypas's effortless style makes for another sexy exploration of 19th-century passion and peccadilloes, riveting from start to finish.” ―Publishers Weekly on Mine Till Midnight

“Will steal the hearts of readers.” ―The Post and Courier (Charleston, SC) on Mine Till Midnight

“Captivating…The love story brims with humor and touches of pathos as the characters struggle with lost love and relinquishing grief to embrace life anew.” ―Fresh Fiction

Lisa Kleypas is the RITA Award--winning author of twenty novels. Her books have been published in fourteen languages and are bestsellers all over the world. She lives in Washington State with her husband and two children. Visit www.lisakleypas.com.

PROLOGUE Once there were four young ladies who sat at the side of every ball, soiree, and party during the London season. Waiting night after night in a row of chairs, the wall- flowers eventually struck up a conversation. They realized that although they were in competition for the same group of gentlemen, there was more to be gained from being friends rather than adversaries. And even more than that, they liked one another. They decided to band together to find husbands, starting with the oldest, Annabelle, and working down to the youngest, Daisy. Annabelle was unquestionably the most beautiful wallflower, but she was virtually penniless, which put her at the greatest disadvantage. Although most London bachelors hoped for a wife with a pretty face, they usually settled for one with a handsome dowry. Evie was unconventionally attractive, with flaming hair and abundant freckles. It was well- known that someday she would inherit a fortune from her father. However, her father was a common- born ex- boxer who owned a gambling club, and such a disreputable background was a difficult obstacle for a young lady to surmount. Even worse, Evie was cripplingly shy and had a stammer. Any man who tried to talk to her would later describe the encounter as an act of torture. Lillian and Daisy were sisters from New York. Their family, the Bowmans, were astonishingly, vulgarly, almost unimaginably wealthy, having made their fortune with a soap manufacturing business. They had no good blood, no manners, and no social patrons. Lillian was a fiercely loving friend, but also strong- willed and bossy. And Daisy was a dreamer who often fretted that real life was never quite as interesting as the novels she read so voraciously. As the wallflowers helped one another navigate the perils of London society, and consoled and supported one another through very real dangers, sorrows, and joys, they each found a husband, and no one referred to them as wallflowers anymore. In every social season, however, there was no shortage of new wallflowers. (Then, as now, there were always girls who were overlooked and ignored by gentlemen who really should have known better.) But then there was the Christmas when Rafe Bowman, Lillian and Daisy’s oldest brother, came to En gland. After that, life for one London wallflower would never be the same. . . . Excerpted from A Wallflower Christmas by Lisa Kleypas Copyright 2008 by Lisa Kleypas Published in 2008 by St. Martin's Press All rights reserved. This work is protected under copyright laws and reproduction is strictly prohibited. Permission to reproduce the material in any manner or medium must be secured from the Publisher.
--此文字指 hardcover 版本。
阅读更多

Lacey
4.0 颗星，最多 5 颗星 A lovely Christmas read. Like all her books it's just wonderful, although this one lacks the depth of passion perhaps of her previous novels.
2019年5月19日 - 已在美国亚马逊上发表
已确认购买
Wonderful, a seasonal flavour!
If you like a sweet, predictable romance, this is ypur book. It lacks this authors previous passion or imagination but it is over-laden with sentimental lyrics and schmaltz.
I love this author and I appreciate her authenticity but this book pushes all my belief in her historical vs. American interpretation genre out the window.
Sorry, but I think Lisa sold out to sentimentality in this novel without reality explaining the journey,

Nanakitteh
2.0 颗星，最多 5 颗星 Kind of rapey
2018年10月2日 - 已在美国亚马逊上发表
已确认购买
While the previous books had forceful men and desperate women, this one goes into rapey territory. A line from the hero: “This is how we court girls in America. We grab them and kiss them. And if they don’t like it, we do it again, harder and longer, until they surrender." When the heroine says she'll tell, he says he'll deny it. Not a good read in the #MeToo era.
阅读更多
12 个人发现此评论有用

Khrista Baxter
5.0 颗星，最多 5 颗星 A Christmas to remember
2019年9月17日 - 已在美国亚马逊上发表
已确认购买
Such a fun read, it was great to catch up with the Wallflowers and meet Rafe Bowman, Lillian and Daisy's older brother. Rafe Bowman comes to London to marry a lady of his father's choosing. Things don't go as planned because when Rafe meets Hannah, Lady Natalies companion he is drawn to her. Hannah finds Rafe completely horrid and handsome and she can't help but be drawn to him as well.
阅读更多
2 个人发现此评论有用
加入亚马逊Prime，从此免运费
亚马逊Prime会员可享海外购美/英/日/德跨境免邮，全年无限次！更有免费无限次阅读电子书服务
> 立即加入
了解我们
合作信息
帮助中心和购物指南