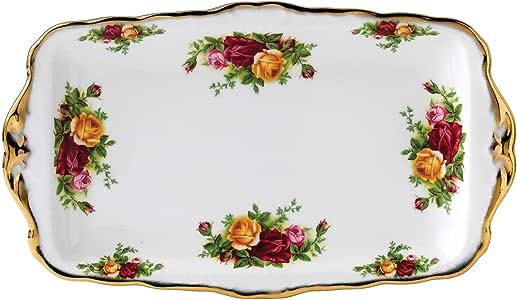 Esther Xi
1.0 颗星，最多 5 颗星 Beautiful set but cheaply made
2014年4月17日 - 已在美国亚马逊上发表
已确认购买
I purchased this set before from another source several years ago and really enjoyed it, so when I saw this set on Amazon at a much cheaper price, I immediately bought two sets, one for myself and one for my sister. I even recommended this to a friend of mine who used mine during a visit and showed interest in the set. Unfortunately, I didn't open the new set until more than a year later after purchasing it. In the meantime, my friend mentioned that she bought this set and returned it because of its poor quality, and I didn't understand what she meant until I opened my own set. It's the same design as the previous one I bought, but this one is very cheaply made and weighs much less. For example, the weight of the dinner fork in my old set is 1.8 oz, but the new one weighs 1.4 oz. The handle of the knife in the new set is also different, unlike the one shown in the seller's picture (It is flattened, which is actually better design since I occasionally found my old knives dropped on the floor due to the heavy handles). Overall, the quality is poor like the 3 star reviewer mentioned (flimsy), but if you like the design, I recommend looking for other sellers and checking on the total weight of the set as well as the handle of knives to make sure it's old version.
阅读更多
42 个人发现此评论有用

StephanieC
5.0 颗星，最多 5 颗星 Great quality for the money
2016年3月18日 - 已在美国亚马逊上发表
已确认购买
I ordered one place setting to add to my collection which I bought from Belk at $200 a piece. My original set was made in England and the new pieces are made in Indonesia. There is very little noticeable difference, except the colors are slightly brighter on the newer pieces and they are not quite as smooth. When the table is set, you can't tell one plate from another. Overall I am very happy with my purchase and will be adding more pieces in the future.
阅读更多