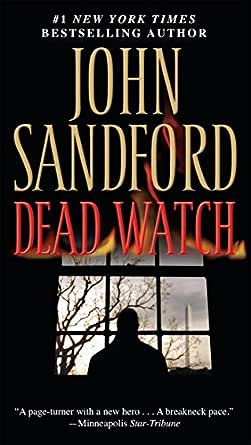 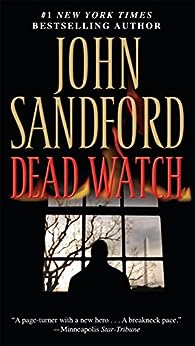 Ajijic Mama
2.0 颗星，最多 5 颗星 Is this a real John Sandford novel?
2019年12月7日 - 已在美国亚马逊上发表
已确认购买
Boy, as much as I tried, I just couldn’t get into this book. In fact, as I was reading, many times I thought, “Really???”. I also never did connect with or care about any of the characters, unlike the Virgil Flowers and Lucas Davenport protagonists. I am 71 years old and made a promise to not waste my time thinking I had to finish every book I started. Well, I fulfilled my promise on this one and stopped trying to care at page 268.
阅读更多
8 个人发现此评论有用

Mal Warwick
4.0 颗星，最多 5 颗星 Is this the start of a new bestselling series?
2015年12月1日 - 已在美国亚马逊上发表
已确认购买
John Roswell Camp, aka John Sandford, is the author of nearly four dozen books, the bestselling 25-book Prey series most prominent among them. Lucas Davenport of the Minnesota Bureau of Criminal Apprehension stars in the series, often assisted by the crack investigator Virgil Flowers (who sports his own eight-book series).
A new bestselling series?

Dead Watch bears all the signs of a new series coming on. Sandford has moved the setting from the Twin Cities to Washington, DC, where Jacob Winter works as a freelance “researcher” for the White House. However, job description is a euphemism; he’s a political trouble-shooter. Jake is 33 years old and is a former soldier in the Special Forces in Afghanistan, where he was wounded in the leg by shrapnel and now uses a cane to help him get around. The President’s Chief of Staff has called Jake in to wrestle a particularly threatening crisis to the ground: a former right-wing U.S. Senator from Virginia has disappeared, and his outspoken wife is making loud noise about it. Jake’s assignment: to find the missing Senator as quickly as possible. Though Jake, like the President, is a moderate Democrat and the missing Senator’s wife, Madison Bowe, shares her husband’s Republican politics, the chemistry starts boiling between the two when they meet early in the course of Jake’s investigation.
The plot thickens

Madison (“Maddy”) is convinced that the Governor of Virginia, Arlo Goodman, has kidnapped her husband. The Bowes’ hatred for the Governor runs deep: Goodman used dirty tricks to sabotage the Senator’s reelection campaign. Goodman, though nominally a Democrat, has created a paramilitary force called The Watchers, which Maddy and Jake both suspect is behind the Senator’s disappearance. However, the story is far more complicated than that — and it’s suspenseful to the end.

Jake Winter is a fascinating character with sufficient depth to become the protagonist of another long-running Sandford series. I, for one, would like to see that happen.

Before turning to writing fiction full-time, Sandford worked for The Miami Herald and later The Saint Paul Pioneer Press, where he won a Pulitzer for features writing.

Tom57
5.0 颗星，最多 5 颗星 Refreshing!
2017年10月29日 - 已在美国亚马逊上发表
已确认购买
John Sandford has a unique talent for adapting his writing style to fit the personalities and characteristics of his main characters. In he does his usual exemplary job of developing his characters and establishing an intimate connection with his reader. Stanford's frequent dry humor helps the pace of the book, giving the reader a breather and a smile--just before the next exciting development.
This is one of my favorite Sandford books and that is saying a lot, because there are so many others!
阅读更多
6 个人发现此评论有用

Mike Avery
4.0 颗星，最多 5 颗星 Minnesota Irony Moves to DC
2020年4月1日 - 已在美国亚马逊上发表
已确认购买
I’m a big fan of John Sanford for two main reasons—the characters and the snappy dialogue. Jacob Winter is Sandford’s new character and if you like Lucas Davenport from the Prey series, you’ll probably like Jake. Similar to the way that Davenport did special favors for the Governor of Minnesota, Jake works for the President and his Chief of Staff. He does the jobs they want to be able to deny they had anything to do with. In this case, sorting out the political and criminal ramifications of an ex-Senator gone missing in a presidential election year. It’s a nice niche in the genre, a step more nuanced than the well-developed theme of the private eye who can get away with stuff that the cops aren’t supposed to do, like breaking into someone’s house without a warrant or withholding evidence from government investigators. Jake does all that, but also has the clout of being able to say that the President wants results when he runs into a witness who doesn’t want to cooperate, plus the White House travel office to fly him around the country.
Of course, you can’t get to know Jake nearly as well in one book as you can Davenport in over two dozen, and Jake doesn’t yet have a Virgil Flowers for all the fun he provides, but I’m looking forward to seeing more books in this series.
阅读更多
1 个人发现此评论有用
加入亚马逊Prime，从此免运费
亚马逊Prime会员可享海外购美/英/日/德跨境免邮，全年无限次！更有免费无限次阅读电子书服务
> 立即加入
了解我们
合作信息
帮助中心和购物指南