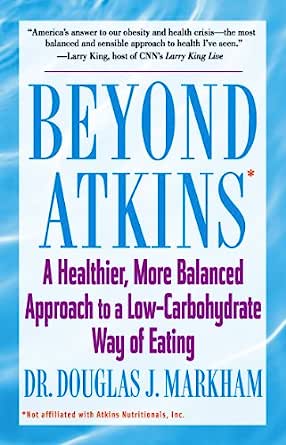 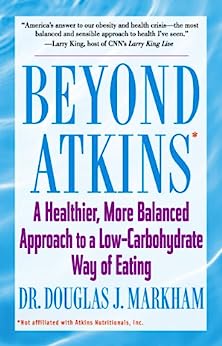 The idea behind the Total Health program is that you have the absolute right to health and happiness. You work hard to provide for yourself and your loved ones. Compromise and sacrifice are part of life. Unfortunately, it's all too easy to compromise your physical and mental health along the way.

And that's a crime. Because if you've sacrificed your health, you'll end up spending your hard-earned resources on medical bills, trying to counteract a lifetime of poor health choices. It's hard to enjoy the fruits of your labor when the lifestyle you've worked so hard to achieve is limited by deteriorated health.

The Total Health program has inspired and enlightened individuals to achieve optimum health and wellness by combining a protein-rich, favorable-carbohydrate way of eating with regular physical exercise, intellectual development, and spiritual growth.

Thousands of people have participated in the Total Health program, with many of them no longer needing prescription medications for diseases such as high blood pressure, high cholesterol, and adult-onset diabetes.

It's my sincere belief that everyone has the absolute right to be both healthy and happy. People just need the right tools to help empower them to effect change.

In July 2002, John Schneider and I appeared together on CNN's Larry King Live, where John shared his struggle with childhood obesity for the first time on national television. There I announced my plans to depart on my HEALTH Across America Tour, part of a national public education campaign on the prevention of obesity-related diseases. This tour will eventually take me to America's twenty-five "fattest" cities, as ranked by Men's Fitness magazine.

At age 16, with a 44-inch waist, a height of six feet, three inches, and weighing just under 250 pounds, John heeded the advice of his brother and began making lifestyle changes. Two years and 50 pounds later, John's acting career took him to the top when he was cast as heartthrob Bo Duke on television's The Dukes of Hazzard. John currently stars on the WB hit television series Smallville and subscribes to the Total Health weight loss and wellness management philosophy.

The idea for an expanded version of my first book, Total Health, resulted from the overwhelming response to John's inspirational story and my continued commitment to fighting childhood and adult obesity. The goal of this book is to enlighten the world with a simple, safe, and effective answer to gaining control of your weight loss, wellness, and fitness goals.

The solution to our present health and obesity epidemic will require effective collaboration among government, volunteer organizations (the American Heart Association, PTAs, etc.), and the private sector (media, TV, radio, print, etc.), as well as a commitment to action by parents, individuals, and communities to provide a simple approach through proper education, implementation, and follow-up.

Remember, it's your absolute right to be healthy and happy! It's my sincere and deepest desire that this book and the Total Health program helps you take your first steps toward taking control of your health and creating a lifetime of health and happiness!

Yours in Total Health,

P.S. Even though the Total Health program is a much more balanced approach to a low-carbohydrate way of eating, I must give thanks to the pioneers of protein-based diets -- people such as Dr. Stillman, Dr. Atkins, and others, who, despite the ridicule of their peers and the nutritional establishment, remained true to their beliefs. They were always on the right track, but their approaches were just not well balanced enough for a long-term health approach.

Dr Doug Markham is the author of TOTAL HEALTH and the founder of www.totalhealthdoc.com, an online weight-loss and wellness management system. He also maintains a clinical practice, in which he specialises in nutritional counselling and weight-loss. --此文字指其他 kindle_edition 版本。

Part I: Why the Total Health Plan Works

The Birth of Total Health

Why Other Diets Don't Work

How to Combine Foods Correctly

Why Fat Is the Key to Good Health

Pulling It All Together

How to Use Your Total Health Menu Options

When You Reach Your Weight Goal

Part IV: Exercise: How to Get Started and Why

Why Exercise Is Important

How to Choose a Personal Trainer

The Principles Behind Circuit Training

Appendix A: Commit to Health and Happiness

Amazon Customer
5.0 颗星，最多 5 颗星 Healthier and happier than we have been in years.
2013年12月6日 - 已在美国亚马逊上发表
When I retired from a stress-filled career as a newspaper reporter, my blood pressure and cholesterol were sky high and I was 40 pounds overweight. My doctor wanted to put me on medication, but I chose to follow Dr. Markham's recommendations and began walking and doing yoga. Let me preface the result with the confession that I have tried all the diets out there -- weight watchers, atkins, south beach etc. with some temporary success. But the weight always came back. Beyond Atkins is not a diet, it's a way of eating for life. I have lost the 40 pounds plus, my blood pressure and cholesterol are normal and the only medication I take now is thyroid (which I have been taking for 30 years). And I have kept the weight off for 8 years.
In addition, my daughter who is in her 40s saw my results and began eating like I did and has lost 100 pounds and has kept it off for four years. We are both healthier and happier that we have been in years.
This is a very easy eating plan to live with. Go out for dinner? Sure. Have pizza? Why not. Just go right back to the plan the next day and stay there. Weigh every day or once a week and monitor your gains, then adjust your food choices to lose the pound or two you may have gained.

Nada
3.0 颗星，最多 5 颗星 Think about what you put into your body!
2007年9月27日 - 已在美国亚马逊上发表
First, let me start by saying that almost anything is better than Atkins. Atkins is dangerous! Second, let me say that there isn't a diet out there that isn't flawed in some way EXCEPT those that involve exercise three to five days a week and a supremely well-balanced diet, a diet so well-balanced that none of us has time for it! This book and its diet plan, while also flawed, at the very least strives to stress that you MUST balance out your diet. It suggests you eat LEAN fats, quality carbs which are low on the glycemic index, and protein. In doing so, it manages to almost naturally curb high fats, synthetic sugar and carbs, and to balance out the ratio that most nutritionists suggest: 30%, 40%, and 40% of caloric intake coming from certain places (or a minor variation there of). It also manages to curb calories (if you're selecting foods from the "Best" or "Good" categories) through portion control. Because of the amount of protein being ingested, one doesn't feel hungry. But here's my issue: That much protein is dangerous if your muscles don't need it! If you are NOT exercising and strength-training, your kidneys cannot handle that much protein. It can poison your body, mostly your kidneys. So, back to the whole point. If you make this an actual well-balanced diet which involves three to five days of exercising including strength-training, sure, it can work. But it's not a very complete program, so you'll have to tweak it. If you won't exercise, I suggest you try Weight Watcher's or something similar (and simpler).
阅读更多
1 个人发现此评论有用

LakeConroeGrandpa
5.0 颗星，最多 5 颗星 Works for Me
2011年2月15日 - 已在美国亚马逊上发表
I lost 60 pounds, lowered my body fat percentage to around 20%, and lowered my cholesterol by 70 points (272 to 202) while following Dr. Markham's diet and exercise recommendations at age 60. I know it worked for me! My heart doctor thought it was legitimate also. I am now 64 and my weight is still under control; I attribute that to fanatically watching my carb intake. BTW, watch out for the low fat items in the stores ... they usually have a lot more carbs than the regular item of the same product.
阅读更多
2 个人发现此评论有用

Health food junkie
1.0 颗星，最多 5 颗星 Very Disappointed
2004年10月29日 - 已在美国亚马逊上发表
When you take away the silly little stories about how grw up and take away the information that is on the Internet, all you have are horrible recipes and a sales pitch for his website and his bungee -the same thing you can buy anywhere for a few dollars.

Markham never explains how a chiropractor is qualified to be a diet expert - he claims he knows everything, but how credible is any of this?

There are books out there that are written by real doctors that are really trained in these things. Look at the Atkins books or South Beach. Or if you want philosophy, there is Dr. Phil.

I just can't find anything good to say about this book edxcept that it is short,
阅读更多
18 个人发现此评论有用

The Health and Wellness Man
1.0 颗星，最多 5 颗星 Atkins Wannabe
2005年2月23日 - 已在美国亚马逊上发表
This book is a poor attempt to use the good Atkins name to appear to be related with a true diet genius. I was surprised when I read that Markham was not only NOT affiliated with Atkins, but Markham had no academic credentials to write this book.

Chiropractors, who I don't trust, believe that they are experts at everything while they don't even like to mention that they are only chiropractors. Real doctors have MDs after their names and aren't ashamed to use those initials. Markham, like most chiropractors must be really insecure. Since they are trained to straighten backs, for whatever that is worth, it makes sense.

Markham lists a bunch of brands that he says he likes. Paid endoresements are not very useful.

Aurora said that Markham's bungee was cheap enough when better and more versatile units are sold at Big 5 and other stores for much less. Is Aurora really Markham like Persnickety is?