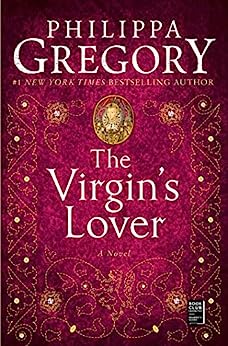 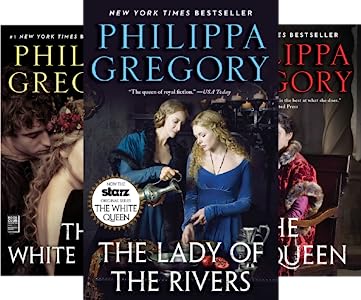 Praise for The Virgin's Lover: 'A book to lose yourself in...a simmering mixture of intrigue, lust and betrayal at the court of Elizabeth I, it breathes new life into the suspected love affair between the young queen and Robert Dudley' Daily Mail 'Convincing and entertaining' Daily Telegraph 'An enjoyable read, and Gregory's energetic writing carries one along' Sunday Telegraph 'Gregory's success lies in restoring humanity to her historical figures' Daily Mail 'Gregory is one of the best chroniclers of the ups and downs of the turbulent Tudors...This superbly plotted drama unfolds like an exquisitely embroidered Tudor ruff' Sainsbury's Magazine Praise for Philppa Gregory: 'Gregory is great at conjuring a Tudor film-set of gorgeous gowns and golden-lattered dining. She invokes some swoonsome images...while the politics are personal enough to remain pertinent.' DailyTelegraph ' --此文字指其他 kindle_edition 版本。

Philippa Gregory is an internationally renowned author of historical novels. She holds a PhD in eighteenth-century literature from the University of Edinburgh. Works that have been adapted for television include A Respectable Trade, The Other Boleyn Girl and The Queen's Fool. The Other Boleyn Girl is now a major film, starring Scarlett Johansson, Natalie Portman and Eric Bana. Philippa Gregory lives in the North of England with her family. --此文字指其他 kindle_edition 版本。

Bibiana
5.0 颗星，最多 5 颗星 One of Ms Gregory's Finest
2017年1月1日 - 已在美国亚马逊上发表
已确认购买
Philippa Gregory often bases her books on people who were close to a member of the monarchy but not the "main character" historically. Two examples of this are Mary Boleyn in "The Other Boleyn Girl" and Prince Arthur in ",The Constant Princess." This novel is based on the life of Robert Dudley, the man Queen Elizabeth Tudor loved for decades. The story takes place in the very beginning of Elizabeth's long reign. Robert, her childhood friend, is a member of her court, and serves as her Master of Horse. He truly loves Elizabeth-but he desires her throne as well. Despite having a wife, he sets out to seduce the young queen; and he gradually becomes her primary advisor. His ultimate goal is for Elizabeth to grant him a divorce-so he can become king. This novel is fascinating because the reader meets Elizabeth BEFORE she becomes the revered and fascinating icon celebrated in history. Here the reader sees her as she was in the beginning of her reign: brilliant and perceptive but young, vulnerable, and blinded by love. We also meet Robert's deserted wife, Amy, a pretty, sweet and fragile woman caught between the desires of two charismatic figures. Ms Gregory beautifully brings out the intrigue, tension, and daily realities of court life-and offers a very interesting theory about a murder that stopped Lord Dudley's rise to power- but still remains unsolved nearly 500 years later. Definitely one of Ms Gregory's best.
阅读更多
13 个人发现此评论有用

Rose Strickman
4.0 颗星，最多 5 颗星 Why does Gregory hate Queen Elizabeth I?
2015年8月23日 - 已在美国亚马逊上发表
已确认购买
I really enjoyed TVL. While it's not as good as some of Gregory's other novels (and certainly no more historically accurate...) it's a very interesting portrait of the early days of Elizabeth's reign and of the monumental problems faced by the country. I appreciated seeing the situation from the point of view of the common people, not just the courtiers, and it was a wonderful analysis of a woefully mismatched marriage. I like that Amy Robsart isn't a martyr without any faults: she's a childish, overly dependent, sometimes really annoying person who is willfully blind to her husband's true character and ambitions, and she and Robert Dudley are completely and utterly unsuited for each other, however much they may love one another.

This isn't a criticism of TVL so much as all of Gregory's books: what IS Gregory's beef with Queen Elizabeth I?! Okay, so the real Queen wasn't the saint popular media (both then and now) make her out to be: she was devious, grasping, petulant, bad-tempered and she also committed some atrocities that get swept under the rug. It's good that Gregory shows her faults in this fictional portrait. But--and here's the thing--a lot of Gregory's other characters behave just as badly, and they are not judged nearly as harshly for it.

Take Elizabeth's relationship with Dudley, for instance. When Elizabeth has an affair with him and becomes so dependent she feels like she can't function without him (two circumstances that I find highly unlikely, by the way), Gregory portrays her as a slutty little ditz who's being ruled by men. But when Queen Mary Tudor becomes so dependent on her husband, who cares nothing for her, that she's willing to finance his monumentally stupid war and has a complete breakdown when he leaves her--causing her to utterly neglect her royal duties while her country is sliding into chaos--then she's a martyr to love and a traumatic past who deserves all our sympathy. Similarly, when Elizabeth screws around with other women's husbands, she's a promiscuous, unscrupulous seductress who openly rejoices over other women's pain. But when, say, the White Princess screws around with someone else's husband--incidentally, her own biological UNCLE--while the wife is DYING!--then she's a blossoming young innocent caught up in the nasty machinations of others. When Elizabeth is dismissive of other women, she's a vile traitor to her gender; when Elizabeth Woodville does the same thing, she's just being her glamorous self. Even in the latest novel ***SPOILER***when Elizabeth lies through her teeth about how great the royal portrait is, she's "corrupted beyond hope"--even as the heroine, Kateryn Parr, is also lying! Even Margaret Beaufort's murder of the Princes in the Tower is somehow not as bad as Elizabeth flirting with her courtiers and taking advice from Cecil, a man who actually has her interests at heart.

Gregory writes about many interesting, powerful women; none of them are saints. But, somehow, Queen Elizabeth I is the only sinner.

Kindle Customer
3.0 颗星，最多 5 颗星 Mixed feelings
2019年4月27日 - 已在美国亚马逊上发表
已确认购买
I did not like the ending, did he confront the queen? I needed more closure.

I don't think he loved the queen but used her because she was weak to get higher in court.

I think her mother would of been a better queen than her. He mother wasn't weak or let people tell her what to do.

This book makes you think that Elizabeth is in he'll because there is no way God would forgive her sins. She had people killed, she was a w.h.o.r.e by sleeping with a married man. She was a tease, playing men, liar and a poor excuse for a women.

I found her to be weak and pathetic. She didn't deserve to be queen. She was a doormat, she only did what men told her. Men played her.

If you are born royal, she would know to marry for power or money, she would have to do this for her country.

She had a women killed because she couldn't tell a man no. What kind of queen is that, she had no backbone.
阅读更多
1 个人发现此评论有用

sandra
4.0 颗星，最多 5 颗星 Very good read
2016年6月26日 - 已在美国亚马逊上发表
已确认购买
I'm more drawn to Gregory's stories about the Tudor family, but so have haven't tackled the red/white queen series. This one was an enjoyable read but was dismayed at the rather abrupt ending. It was a case of "what, that's IT?" as it really seemed to finish mid-conversation. Still liked it immensely, and of course the history content behind it all is very much a grey area as well so I'm not sure what else she could have done with the story. Still, even some sort of speculative epilogue or some such might have lessened the end a little for me. I guess we can't have it all!
阅读更多
2 个人发现此评论有用

Molly
4.0 颗星，最多 5 颗星 Not the best of Philippa Gregory, but good
2019年3月14日 - 已在美国亚马逊上发表
已确认购买
I love Philippa Gregory -- guilty pleasure -- but this was not my favorite. Most of her books have a consistent narrative and narrator, but this one jumped quite a lot among characters, to the extent that I didn't get a good feel for any of them. The portrayal of Elizabeth was somewhat uncharitable, which is a surprise given how charitable Gregory usually is with her characters. It think it all goes back to the narration. Still, it was well-researched, enjoyable, and hard to put down.
阅读更多
1 个人发现此评论有用
加入亚马逊Prime，从此免运费
亚马逊Prime会员可享海外购美/英/日/德0门槛跨境免邮，更有会员专享折扣！
> 立即加入
了解我们
合作信息
帮助中心和购物指南