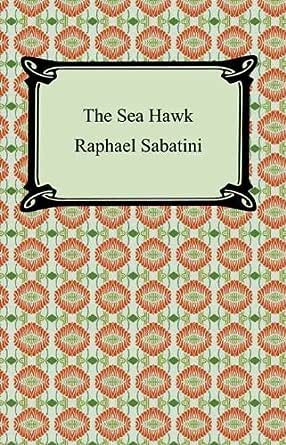 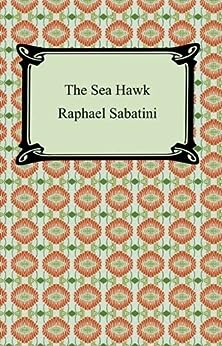 "The Sea Hawk" is Raphael Sabatini's classic tale of nautical adventure set in the late 16th century. It is the story of Sir Oliver Tressilian who is villainously betrayed by a jealous half-brother. Being forced into slavery aboard a Spanish galley, Sir Oliver is subsequently freed by Barbary pirates whom he joins and gains the name "Sakr-el-Bahr," or the hawk of the sea. A gripping tale of action and adventure set aboard the high seas, "The Sea Hawk" is one of Sabatini's most loved and classic works. --此文字指其他 kindle_edition 版本。

Rafael Sabatini (1875-1950), of Italian and English parentage, was a prolific and best-selling author. He wrote in English, his adopted language. --此文字指其他 kindle_edition 版本。
click to open popover

David N. Krafchick
5.0 颗星，最多 5 颗星 Great Book, different film
2014年2月16日 - 已在美国亚马逊上发表
已确认购买
The Sea Hawk is another film that deal with the English Sea Hawks battling with the Spanish in a political intrigue that gives it a fresh spin on the traditional swashbuckler. So I eagerly opened this book, a political swashbuckling thriller. From the very first page, it was a story I had never imagined. For the love of a woman, one brother sells his brother to pirates who are captured by Arabs pirates. The brother survives to become the Arab chief right hand man known to all as.. THE SEA HAWK. Where was this film? It is another Sabatini classic that escaped hollywood, or did it. I found the Original Sea Hawk as a 1924 silent, and it follows the book to the letter.

I could and do imagine this will be made into a film in the near future, but meanwhile take this book as is, a great swashbuckler in the best Sabatini tradition.

J. Golden
3.0 颗星，最多 5 颗星 Good story... lots of action!
2014年1月17日 - 已在美国亚马逊上发表
已确认购买
Good story, colorful characters and plenty of swashbuckling action and adventure. Mr. Sabatini certainly has a flair for the dramatic when it comes to tales of adventure. This was an enjoyable read that had good pace and kept you interested throughout the entire book. However, at the beginning, the "set up" was a little slow and in my opinion much of it was unnecessary. As I am used to this in adventure stories I trudged on and sure enough by chapter three we were on our way. If you like pirate adventures, love stories and the hunt on the high seas I would highly recommend The Sea Hawk.
阅读更多

David Joyner
5.0 颗星，最多 5 颗星 Great Read!
2016年6月10日 - 已在美国亚马逊上发表
已确认购买
Loved this book! Rich with the history of England and the Corsairs of the times. A very enjoyable read!
阅读更多

Amazon Customer
5.0 颗星，最多 5 颗星 One of my favorites revisited
2001年11月10日 - 已在美国亚马逊上发表
This has been one of my favorite books since I happened upon it a few years ago. I read it all in one sitting but I have not read it cover to cover again until now.
I was struck by the marvelous characterization, even the villains have a depth that is rather unusual in novels of this period. I was also struck by the intensity of emotion. This is what melodrama OUGHT to be but seldom is.
The hero (rather anti-hero) of the Sea Hawk is Sir Oliver, a Cornish nobleman betrayed or abondoned by everyone he ever loved. Framed for murder, spurned and insulted by his fiancee, sold into slavery by his half-brother, Sir Oliver turns inward and his soul becomes twisted with hate and desire for vengeance. And that's only the first half.
Sabatini should be commended for creating an understandable anti-hero. He should be given a prize for creating a heroine who matches him in intensity. Lady Rosamund is a rare creature (even in our liberated society) a heroine who is femine but with steel behind her smile. She is intelligent and alternately defends and accuses Sir Oliver with equal fervor. Even when he seems to be getting the upper hand and she discovers her hatred of him is unfounded, she remains brave. Marvelous!
It is clear that much historical research was done for this book and the quality of it shines through. This is the best book I have read about the Elizabethan period. (even though the last half takes place in Algeria)
For those who enjoy an old fashioned melodrama, look no further.